Would you like to switch to the accessible version of this site?

Don't need the accessible version of this site?

In ancient times there was the color Blue. Blue noticed Yellow. Yellow noticed Blue. They decided to unite. Two distinct, primary colors that brought much to the world on their own merit, yet by deciding to co-mingle their lives in a committed and exclusive relational mix, something new and grand was created. . . Green. Now this new color could have been called many things, but Green was the label by which the culture universally defined this Blue/Yellow relationship. Green became a pillar of society and has remained so for thousands of years. Green has been recognized the world over as the term to define the exclusive and fully integrated relationship between Blue and Yellow. When someone says “Green,” everyone knows what is meant. It is understood and honored as being what it is.

Not so for Blue and Blue. Though this same-color couple may also pledge their individual qualities in an exclusive relationship, the result is not nor can it ever be Green. Likewise, Yellow and Yellow. Though hues may vary, same-color relationships will never become Green. Green is distinct, universally understood and culturally, religiously, and governmentally recognized as a result of the Blue/Yellow commitment.

Now some may think it discriminatory that same-color combos aren’t recognized as Green. They look at the benefits bestowed on Green as unfairly biased. That may be a legitimate argument, but that is its own separate argument. If Green can be redefined as something other than what it has meant for millennia, then it loses the integrity of its meaning. If Green can mean anything, Green will mean nothing.

That’s a key element which seems mostly missing from the current marriage debate. No doubt same-sex couples desire recognition and legitimacy. Whether anyone else believes it should be granted is, again, its own separate argument. When the definition argument mixes with the legitimacy argument, everyone loses. If the universally understood definition of marriage can be changed to an expanded meaning, the integrity of the current meaning, with all its history and reverence, will be lost. Defining marriage as more than it currently is will actually cause marriage to mean less than it is. Let’s honor and respect Green for what it is and always has been. If there’s another color that can show itself as worthy of honor, so be it. But let’s let Green be Green!

OF RESOLUTIONS AND RIPTIDES

If you're like me, the annual tradition of making new year's resolutions is not so much considered now as it may have been in younger days. It seems there was much more eager anticipation and hopefulness available back then to motivate lofty goal-setting and clinched-jaw declarations. Alas, these days, the wisdom earned by accumulated years of watching those lofty goals crash and burn beckons a more reasoned and seasoned approach to change. At least I hope it's wisdom. I'll be the first to admit that sometimes supposed wisdom may just be baptized cynicism.
Whatever you might call it, here’s a newsflash . . . Change is hard! And real, lasting, life-altering change is harder still! It’s so easy to have hopes and dreams, to make plans and lists, to state good intentions and goals. But, and this is a big but, there is too often little emotional, mental or physical energy invested in the work of pursuing those things we so earnestly say we want to change.

I remember working with a long range planning committee many years ago. We spent almost a full year meeting, praying, researching, surveying and interviewing, recording and sorting data and finalizing a multi-year plan for our church. We presented it, voted on it, praised it, and filed it! Somewhere there is a binder containing the fruit of our labor sitting on a shelf or occupying a dusty cardboard box. We had good intentions. We worked hard. We did what others expected of us. The reality, though, was that identifying the goal had become the goal rather than a means to achieve the goal.

Sometimes in life we work hard, but not necessarily smart! Such is the cliché about climbing the ladder of success only to find it is leaning against the wrong wall. It is so easy to fall again into the same old patterns (let’s call ‘em ruts) in which we spun our wheels all last year. Just resolving to try harder doing the same thing we’ve been doing is nothing more than flooring the accelerator in hopes of getting free of a muddy rut. Take my word for it . . . It ain’t gonna work! Literally or metaphorically.

As a counselor, I see clients almost every day who are stuck in an emotional rut with the accelerator wide open. No one can endure that for too long without something going wrong or at least running out of gas. God did not build us for such. That goes for everyone, whether the perspective is from the pew or the platform. There are no Super Saints! Believers are simply saints . . . blood-bought, forgiven, redeemed children of the Living God who way too often stumble and fumble our way to weariness and find ourselves sitting in the same rut, facing the same frustration, carrying the same disappointment we’ve been battling for years. Such patterns can become enduring and self-defining if not altered. It is a deadly pattern which kills joy, strangles relationships, starves families, and poisons organizations.

Please don’t hear me describing the believer’s life as one devoid of joy, peace and fullness in Christ. That is certainly not the case. When Jesus said, “I have come so that you might have life abundant” (John 10:10), He was speaking truth. Sadly, though, so many don’t have room for the abundance of the new life because they still carry the clutter of the old life, as well as the new clutter the world keeps offering. That’s why Paul wrote, “Do not be conformed any longer to the pattern of this world, but be transformed by the renewing of your mind.” (Romans 12:2) That’s where change begins!

My dad used to say, “I was born poor and I still have most of it.” Those words have given me many a chuckle. Upon reflection, though, that humorous line may just provide a bumper sticker explanation of why we so often live and act in untransformed ways, unable or unwilling to shake off the mantle of soul-poverty so we can live in the richness and soul-abundance of being a child of the King. We say we want change from the unpleasantness and unfulfilling elements of our lives. The reality is such change can feel awfully risky, uncomfortable or awkward. Though desire and desperation may bolt us out of the gate, chances are we’ll lose all steam and motivation by the first turn. That’s why most New Year’s resolutions are ancient history by February. Here’s a key truth: Emotion is not enough to sustain us through lasting change. It may light a flash fire that makes a good show that passes for a good start, but sustain it can’t.

Change pursued and directed by emotion alone seldom achieves the desired ends and often leads astray. Positive life change can only find lasting power when it is born not out of reactive emotions set on fire by old patterns of thought and behavior, but out of a renewed mind consistently choosing what is true and right over what feels right or normal. Emotion and trying hard are critically important, yes! However, the setting of goals, the making of plans and the strategies and efforts that follow must foundationally be based on the unvarnished reality of what is true and right, reasonable and rational.

How many times have we all made a decision based primarily on the magnitude of our feelings? Emotions can easily overwhelm and take the wheel if not managed through our God-given ability to reason and rationalize based on what is true and right. The transformed life, which is built on a renewed mind which reasons out of the knowledge of what is true and right, is a life that can make and accommodate life-altering change. And, of course, knowledge of what is true and right only comes from God’s revelation through His Word, which also serves as a filter to test any other proposed truth. Any other foundation will not stand against the forces which resist God-desired change, resulting in our own conformity to the pattern of this world.

Every year in the U.S. about 100 people drown in rip tides or rip currents. These “rips” are powerful ocean currents near the shore moving away from the beach at certain intervals and capable of carrying the unsuspecting swimmer, or even a wader, hundreds of yards off shore. Those who drown in a rip invariably, once they realize what is happening, try to swim with all their might toward the shore and safety, exhausting themselves physically and emotionally and eventually succumbing to the overwhelming power of the current. It’s not a pleasant thought, but it illustrates the point well. A swimmer who keeps his wits about him and has a little appropriate knowledge will remember the only way to escape the power of a rip tide is to swim parallel to the shore a few yards to get out of the flow, then swim toward shore and to safety. It’s pretty simple really. There are certain things that are true about rips, but I must acknowledge those truths and then apply them to my decision-making if I am to benefit from them. The alternative is to just react instinctively to my screaming emotions and flail in a panic until I can flail no more. Either way the result is the result. I choose!

So . . . for 2012 will I choose to live reactively, allowing my emotions to make my decisions for me, trying hard but only furthering my conformity to the old patterns that are contrary to the will and discount the power of God in my life? Or . . . will I choose to live wisely and intently based on what is true, right, reasonable and rational, according to God’s truth? It’s always a choice. Admittedly, often it’s a hard choice, but the truth is . . . it is my choice!

Start your new path in life and be the change today! 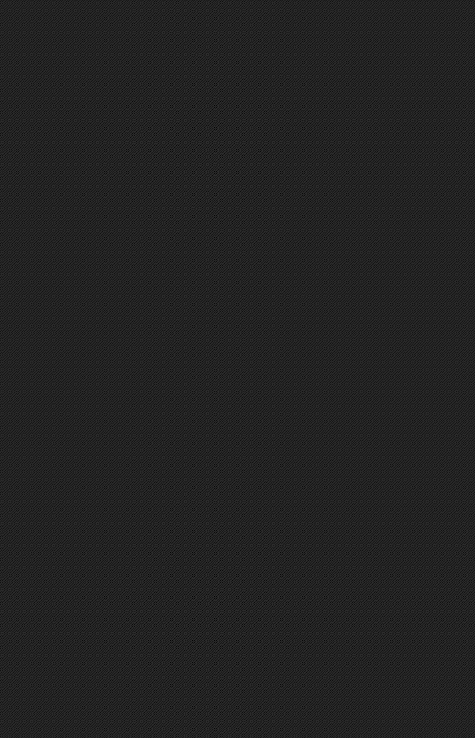